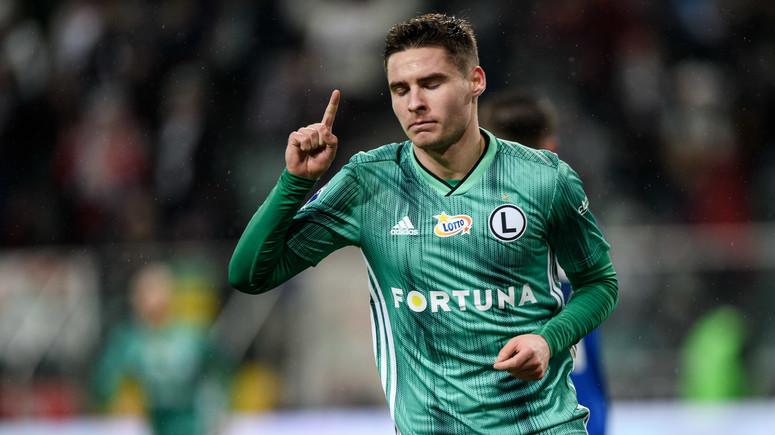 Niezgoda scored the only goal of the MLS football clash played on Sunday with seven minutes left on the clock. END_OF_DOCUMENT_TOKEN_TO_BE_REPLACED

Liverpool have already confirmed that they have agreed a deal in principle for the transfer of Switzerland international attacking midfielder Xerdan Shaqiri in what will be a chance for the player to revive his career. Shaqiri became out of favor in the sights of Reds manager Jurgen Klopp and the Liverpool boss revealed already last season that he feels bad about not being able to give the player as much game time as he deserves to get. Shaqiri’s future at A field became clouded with so much uncertainty that he had to ask the club to allow him to make an exit before the closure of the current summer transfer window.

Lyon paid a total of £9.5 million to Liverpool to acquire the services of the player from the English Premier League giants after initially having an opening bid of around £6 million rebuffed. The player has since expressed his delight about the move being confirmed and it has now been revealed that he was approached by several clubs in the United States Major League Soccer but he rejected those approaches and decided that he would not be interested in moving to America.
END_OF_DOCUMENT_TOKEN_TO_BE_REPLACED

Arsenal fans that are of the opinion that winger Willian should be out of the club may be forced to watch him play for the Gunners again next season, with reports claiming that the Brazilian winger will no longer be completing his highly anticipated move to the United States Major League Soccer giants Inter Miami anytime soon. The Arsenal star has made it clear that he wants to leave the club this summer after they failed to offer him a fresh two-year contract which he is currently asking for.

Willian left Chelsea last summer over the same contract issued and then jumped on the opportunity to sign for Arsenal after the north London club offered him the sort of deal he was looking for. A two-year contract with improved wages were the two key reasons that made  Willian join Arsenal but it is currently looking like he could be leaving the Emirates Stadium this summer regardless of whether or not he fails to seal a switch to the MLS.
END_OF_DOCUMENT_TOKEN_TO_BE_REPLACED

Chicago Fire will be looking to seal their first win of the season when they take on Inter Miami in their next Major League Soccer fixture. Inter Miami, on the other hand, will be aiming to get themselves another impressive outing on the road so far this season. The fixture promises to unveil some interesting and exciting football showing. The Eastern Conference tie will be played on Saturday and it is expected to be a fiercely contested battle at Soldier Field.

Chicago are the Underdogs heading into this fixture and continued their poor run of form in their last fixture as they lost 1-0 to D.C United away from home but they are still capable of pulling off a surprise result in this encounter. The result means that they have picked up just one point from their last five games of the current season
END_OF_DOCUMENT_TOKEN_TO_BE_REPLACED